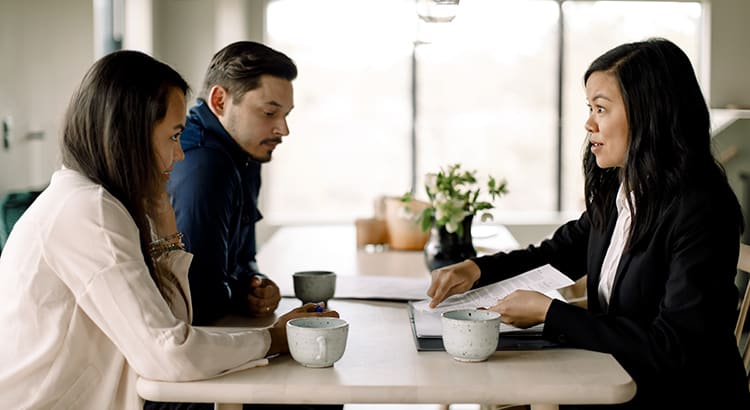 Inflation and mortgage rates are two of the biggest problems customers confront now if you follow the residential real estate market. Let's examine each one individually.

The housing market and inflation
The level of inflation this year is the highest in forty years. You most likely felt the squeeze at the gas station and the price of grocery shopping. It might have even affected your capacity to save enough money for a home purchase.

Despite the Federal Reserve's best efforts to contain inflation, the numbers for August indicate that it was still higher than anticipated. The stock market was affected by this information, and fears of a recession increased. Additionally, the Federal Reserve decided to increase the Federal Funds Rate. As per Bankrate: “...On September 21, the Fed announced yet another three-quarter-point increase in interest rates. . . The increases are intended to calm a raging economy...”

According to a recent Fortune article: "Mortgage rates were immediately under pressure from financial markets as the Federal Reserve entered an anti-inflation mode."

Rising Mortgage Rates' Effect
Mortgage rates have changed over the previous few months as a result of intense economic pressures. For the first time in more than a decade, the average 30-year fixed mortgage rate, as reported by Freddie Mac, just increased above 6%.

The significant decline in buyer demand in recent months is mostly attributable to this year's hikes in mortgage rates. Basically, the cost of purchasing a home increased along with rates (and housing prices). Home sales slowed as a result, and the number of available properties increased as a result. This put pressure on affordability and priced some purchasers out of the market.

Where Rates and Inflation Will Go From Here, According to Experts
Both of these elements will continue to have an effect on the housing market going forward. A current CNET article summarizes the connection between inflation and mortgage rates as follows: "Mortgage rates often fall during periods of low inflation. Rates tend to be higher when inflation is strong."

Sam Khater, the chief economist at Freddie Mac, offers the following insight into potential future rate movements: "Because of the struggle between inflationary pressures and a definite downturn in economic growth, mortgage rates remained unstable. The significant level of uncertainty regarding inflation and other variables will probably keep rates fluctuating...”

Even though it's impossible to predict where mortgage rates will go from here with any degree of certainty, there is something you can do to stay informed: get in touch with a reputable and experienced real estate advisor. They keep an eye on current events and aid you in comprehending what the experts are predicting. They can offer you the greatest guidance imaginable.

Bottom Line
Housing has clearly been impacted by rising mortgage rates and inflation. Laura Larson is your go-to source for knowledgeable analysis of the most recent housing market trends and what they mean for you either as a home buyer or seller.

See local market activity affecting the value of
your home & maximize your investment.